This page lists all cybersecurity events organized by Creatio 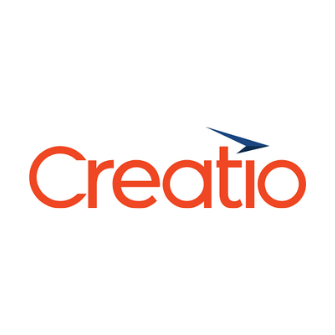 This event – which is a new niche for us – could be categorized as being an “Industry 4.0 Conference”.

Due to increased interconnection and smart automation, the Fourth Industrial Revolution, also known as Industry 4.0, envisions significant changes in technology, industries, and social patterns and processes in the twenty-first century. It was coined by Klaus Schwab, the World Economic Forum’s Founder and Executive Chairman, to suggest that the changes witnessed are more than merely efficiency gains, but rather represent a profound transition in industrial capitalism.

The merging of technologies such as artificial intelligence, gene editing, and sophisticated robotics, which blur the borders between the physical, digital, and biological worlds, is a component of this period of industrial development.

Through continuous automation of old manufacturing and industrial methods, the use of current smart technologies, large-scale machine-to-machine communication (M2M), and the internet of things, major alterations in how the global production and supply network runs are taking place (IoT). Increased automation, improved communication and self-monitoring, and the usage of smart equipment that can evaluate and diagnose issues without the need for human interaction are all benefits of this integration.

It also reflects a social, political, and economic transformation from the digital era of the late 1990s and early 2000s to an era of embedded connection marked by widespread technology use (e.g., a metaverse) that alters how we perceive and understand the world around us. It asserts that, in comparison to humans’ inherent senses and industrial abilities alone, we have built and are entering an enhanced social reality.

This event, organized by Creatio, brings together inspirational and famous speakers, legendary futurists associated with Industry 4.0.

The keynote for this event is Henrik von Scheel. He is well recognized for being the founder and forerunner of the Fourth Industrial Revolution, as well as the architect of the European Digital Agenda.

His work has had an impact on national economies, triggering worldwide themes, influencing GDP growth, resetting policies, and shaping the performance of the Fortune 100’s fastest-growing corporations. Henrik will discuss smart factories, supply chain resilience, operational excellence, and digital maturity in manufacturing, as well as provide practical recommendations – all of which fit into the SCADA remit.

Discover how to unlock the limitless power of no-code, dabble in workflow automation and advanced CRM solutions, network with international IT and digital leaders, and, of course, enjoy the fun-filled activities planned throughout the event with more than 500 experts from inside and outside the Creatio no-code community.