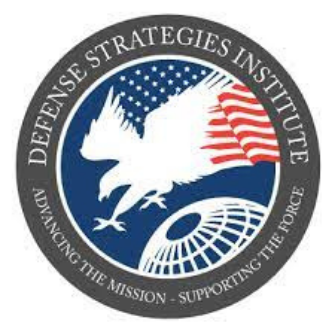 The Defense Strategies Institute (DSI) was founded to establish a nonpartisan, relevant, long-term, and ethical organization focused on the Department of Defense and the Federal Government.

The partners established DSI with the goal of using their experience in political/military affairs, government relations, and military operations to advance mission critical success by facilitating necessary dialogue and debate among the respective offices and industry, while also assisting those who deserve it the most: the United States’s veteran and injured service members.

Cyberwarfare is the employment of digital assaults against an adversary state with the goal of causing similar damage to traditional warfare and/or damaging critical computer systems. Experts disagree on what constitutes cyberwarfare and if such a thing exists. According to one viewpoint, the word “cyberwarfare” is a misnomer because no aggressive cyber acts have ever been classified as war. Another viewpoint is that “cyberwarfare” is an appropriate title for cyber assaults that result in physical harm to persons and objects in the real world.

While there is disagreement over how to define and apply the word “cyberwarfare,” numerous nations, including the US, UK, Russia, China, Israel, Iran, and North Korea, have active cyber capabilities for offensive and defensive operations. The potential of physical confrontation and violence occurring as a result of, or as part of, a cyber operation is increasing as governments investigate the use of cyber operations and combine capabilities. However, achieving the magnitude and duration of war is doubtful, leaving uncertainty.

The 4th Annual Information Warfare Symposium is designed as an educational “Town Hall” style forum, bringing together thought leaders and key policymakers from military services, government agencies, acquisition authorities, and industry for actionable discussions and debate on how electronic warfare and cyber capabilities are increasingly being deployed to enhance the modern battlefield and aid joint efforts toward achieving a decisive information advantage.

The Information Warfare Symposium will concentrate on how the Department of Defense and each of the services are improving their information warfare capabilities to provide Combatant Commanders with decision dominance, freedom of movement, and improved lethality at the tactical edge.

The Intelligence Exploitation Summit in 2022 will bring together representatives of the Intelligence Community, the Military, the US Government, and Industry to concentrate on integrating intelligence sources to improve data analysis and exploitation to support essential DoD and IC activities.

The IC’s continued commitment to expanding its IC ITE effort will be discussed during the 2022 Summit. Attendees will get a unique understanding of what is required to further develop and execute this reference framework, as well as the obstacles that must be addressed.

The migration to the cloud will also be highlighted by intelligence chiefs as a better way of exchanging data and safeguarding sensitive information. A panel of specialists will also explore the significance of developing technology in advancing the OSINT drive.

DSI’s 3rd Annual Digital Forensics for National Security Symposium will once again convene members of the Federal Government, the Department of Defense, the United States Military Services, Industry, and Academia in a ‘town-hall’ style forum to investigate how advancements in Digital Forensics, which is also referred to as ‘Computer Forensics,’ are advancing investigative capabilities when looking into electronic crimes, attacks, and intrusions at the national,

Senior-level leaders will explain the ways in which forensic software tools, training, and technologies are assisting in the identification, maintenance, and analysis of digital evidence in a manner that is more efficient, hence assisting in the neutralization of threats to national security.

The strategies, practices, and technologies necessary for recognizing, preventing, and safeguarding against insider dangers will be the main topic of this symposium. The US government and corporate sector have made accelerating the adoption of efficient insider threat programs and solutions a top goal. Insider attacks have become more frequent and expensive over time, according to the Ponemon Institute’s 2022 Cost of Insider Threats Global Report.

Speakers from the DoD, DHS, IC, federal agencies, business, and academia will be present at this year’s conference to discuss current tactics and initiatives created to mitigate today’s dangers and consider how to prevent problems in the future.