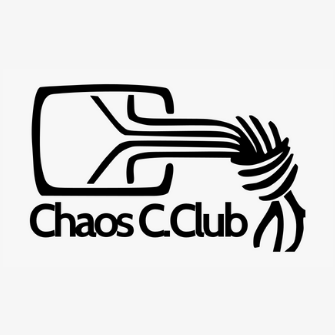 With 7700 members, the Chaos Computer Club (CCC) is Europe’s largest hacker organization. The organisation was founded in 1981 and is registered as an Eingetragener Verein in Germany, with local chapters (known as Erfa-Kreise) in numerous locations around Germany and the neighboring countries, especially where German-speaking groups exist. Instead, since 1985, several Swiss chapters have formed the Chaos Computer Club Schweiz (CCC-CH), an autonomous sister organization.

The CCC sees itself as “a galactic society of living forms that works for information freedom beyond boundaries, regardless of age, sex, ethnicity, or societal orientation”

In general, the CCC pushes for increased government openness, information freedom, and the human right to communicate. The group advocates for free universal access to computers and technical infrastructure, as well as the usage of open-source software, while adhering to the hacker ethic’s values. The CCC promotes an entrepreneurial worldview that rejects capitalist dominance. It has been described as “one of the most powerful digital organizations everywhere, the epicenter of German digital culture, hacker culture, hacktivism, and any debate of democratic and digital rights.”

CCC members have proven and made public a number of significant information security issues. The CCC routinely criticizes new legislation and products that have a lack of information security and hence jeopardize citizen rights or user privacy. Members of the CCC who are well-known serve as expert witnesses for the German constitutional court, coordinate litigation and campaigns, and otherwise influence the political process on a regular basis.

They’ve been offering knowledge about technical and societal challenges including surveillance, privacy, freedom of information, hacktivism, data security, and many other fascinating topics related to technology and hacking for over thirty years. They organize campaigns, cybersecurity events, lobbying, and publications, as well as anonymizing services and communication infrastructure, as Europe’s most powerful hacker collective.

If you’re interested in CCC then you will likely most certainly enjoy DEF CON and BSides Events.